AL-BAB has been in existence since the early days of the internet. Originally intended to be a website about Yemen, it began in February 1998 as "Yemen Gateway".  Its web address, al-bab.com, alluded to Bab al-Yemen (also known as "al-bab"), the famous gateway leading into the old city of Sana’a. At the same time, this choice of name also highlighted the site’s purpose, which was to provide an electronic gateway to information about Yemen. 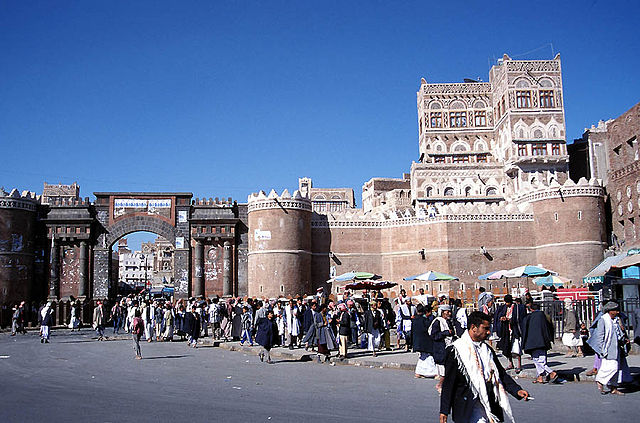 At the time I was working on a PhD thesis (uncompleted) about Yemeni politics. In the process I had amassed a lot of documents and other material. Knowing how difficult it can be to obtain information about Yemen, I decided to make them more widely available by posting them on the internet. I added to this a collection of links to material about Yemen which could be found elsewhere on the internet, with the intention of creating a comprehensive information resource for researchers, students, journalists and anyone else who wanted to know more about the country.

Shortly afterwards, I decided to extend this idea of an information resource to include the other Arab countries ("Arab" – for the purposes of the website – being defined as those countries that belong to the League of Arab States). In the late 1990s information about the Arab countries was both scarce and hard to find online (Google was still in its infancy) and al-bab consisted mainly of links aimed at making whatever was available more accessible.

From 1999 to 2006 I worked as Middle East editor of the British newspaper, The Guardian, and later (until 2012) wrote and commissioned articles about the Middle East for its Comment Is Free section. During that time I often used al-bab as an information resource myself – as a way of quickly accessing information that I needed in my work.

During the last few years the amount of basic information about the Arab countries that is available online has grown enormously and, thanks to search engines, has become much more accessible. In parallel with that, the function of al-bab has evolved; it now focuses less on providing collections of links and more on providing background information and context.

In 2009 I began to use al-bab as a place for regular blogging. As regular readers will know, I am not particularly interested in writing about the sort of things you hear of in the news bulletins. My general approach is not to offer "more of the same" but to highlight issues which appear important but neglected – by providing informed analysis and investigative articles based on open sources wherever possible. One of the great things about writing for the internet is that you can provide links to sources which readers can then evaluate for themselves.

My general view of the Arab countries is that political change has to be accompanied by social change too – if not, it won't work. For more about that, see my book, What's Really Wrong with the Middle East. I am especially interested in those elements of Arab society whose existence raises questions about the established order – which is one reason why I often write about gay Arabs and atheist Arabs.

The logo of al-bab

The calligraphic logo currently used by the website was designed by the Palestinian artist, Khaled Hourani. It says "al-bab" in Arabic and its shape represents a door. The semi-circular device at the top is adapted from the fanlights often seen above the doors of old houses in Jerusalem.

The blue-yellow-green colour scheme was borrowed from a set of decorative tiles found in a souq in Tunisia.

AL-BAB generates a small amount of income from Google Ads and book sales via Amazon. Apart from that, it has no external funding. Nobody pays me for what I write here.