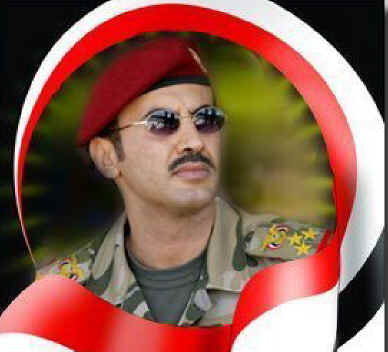 Some good news from Yemen, for once. Yesterday, Abd Rabbuh Mansur Hadi – Yemen's "interim" president – issued a series of decrees changing the structure and leadership of the military.

The changes, which seem to have been broadly welcomed in Yemen, seek to remove key obstacles to a political transition ahead of the "national dialogue" which is due to start shortly.

Reuters, AP and CNN have more details and the full text of the decrees (in Arabic) can be found at Almasdar Online.

The crucial point is that the three most problematic military figures have been removed from their posts: Yahya Saleh, a nephew of ousted president Ali Abdullah Saleh who was Central Security chief of staff, has been replaced.

The Republican Guard and the First Armoured Division are being brought under the control of the defence ministry – which means that Yemen's two most troublesome military figures are lose their jobs. The Republican Guard was led by ex-president Saleh's son, Ahmad, and the First Armoured Division by Ali Muhsin al-Ahmar, a kinsman and former ally of Saleh who turned against him during last year's uprising.

If Hadi's ploy succeeds, it should reduce the scope for mischief-making by Saleh who stepped down from the presidency in February under internal and international pressure but who remains in Yemen after being granted immunity from prosecution by parliament.

The first public comments on the military changes from ex-president Saleh and General Ali Muhsin were surprisingly favourable, though they probably cannot be taken at face value. It would be uncharacteristic of both men if they were not working behind the scenes to undermine them.

Last week, I noted on this blog that Ahmad was refusing to hand over long-range Scud missiles to the defence ministry – in defiance of the president's instructions. This may account for a line in the government news agency's report of yesterday's military changes which says "the president also formed special missiles units under the supervision and leadership of the Supreme Commander of the Armed Forces".

Although President Hadi lacks a significant power base of his own inside Yemen, strong international backing – particularly from the US and Saudi Arabia – has given him more clout than would otherwise be expected, so he may succeed in pushing the changes through.

Yesterday the UN envoy on Yemen, Jamal Benomar, warned that anyone impeding the country's transition could face sanctions. There was a “possibility [the UN would] impose individual or group sanctions against whoever creates an obstacle or attempts to delay the track of the [political] settlement,” he was reported as saying.

Reform of the military is clearly an essential first step towards political change but beyond that there is a likely divergence of goals. The Yemeni protesters who worked for months to topple Saleh want genuine change. The Americans and Saudis, on the other hand, view security – and in particular, fending off the jihadist threat – as their top priority.

The fear, then, is that Yemen's "transition" could become a case of imperialism by stealth: installing leaders who are in more tune with perceived US/Saudi security needs while the country's political development gets pushed to the sidelines.