New questions have arisen about Yahya Ababneh, the alleged author of an article claiming that the chemical deaths in Damascus last month were caused by rebel fighters mishandling weapons supplied by Saudi Arabia.

The story, originally published by an American website, Mint Press News, has since been cited by Russian officials (and others) to cast doubt on the findings of the UN weapons inspectors in Syria.

Mint Press named the journalists who wrote the story as Dale Gavlak – an established freelance based in Jordan who has worked regularly for the Associated Press – and Yahya Ababneh, a Jordanian.

In a dramatic twist last Friday, Gavlak issued a statement denying that she was an "author" or "reporter" for the article. "Yahya Ababneh is the sole reporter and author," she said. However, she followed this up yesterday with an email to the Brown Moses blog conceding that she had helped Ababneh to "write up" the story, that she had sent it to Mint Press herself once it was completed, and that she had vouched for Ababneh's journalistic credentials.

According to Ababneh's profile on LinkedIn, the professional networking website, he has carried out journalistic assignments "in Jordan, Syria, Lebanon, Saudi Arabia, Russia, and Libya for clients such as al-Jazeera, al-Quds al-Arabi, Amman Net, and other publications".

So far, though, no evidence has emerged to support this claim and internet searches in English and Arabic for articles that carry his byline have drawn a blank.

To add to this mystery, Ababneh's profile was deleted from LinkedIn yesterday, though a cached copy can be found here.

One thing that doesn't show up in the cache is the endorsements given to Ababneh by other LinkedIn users. On the deleted page, he had received endorsements for his skills from two people – Ghazal Omid of the Iran Future organisation and Sufian Ababneh, a legal adviser at the Jordanian embassy in London. Among other things, Sufian Ababneh had endorsed him for his skills as an actor.

Let's now turn to a column written by Peter Hitchens for the Mail on Sunday on 26 August, which a reader pointed out to me in an email. There's no need to read the column – just scroll down through the comments thread.

Here we find a comment posted at 9.31pm on August 28 in the name of Yan Barakat. Note the timing, because Dale Gavlak says she didn't send the "Saudi chemicals" story to Mint Press until August 29.

This means there is no way Yan Barakat could have read the article on Mint Press's website – and yet Barakat's comments bear some interesting resemblances to the story allegedly written by Ababneh.

"Who used the chemical weapons?" Barakat asks. He continues:

"The answer is neither the Syrian regime, nor the rebels. This is the game of Bandar bin Sultan, the Saudi intelligence chief. He gave these weapons to the rebels via tunnels but they did not have enough information about them. Almost all of the rebels handling the weapons were killed because they used them incorrectly.

"Many people inside the village were really angry with Jabhat Al Nazrah [sic] (an Al Qaeda associate in Syria)."

Barakat then adds some information that wasn't included in the Mint Press story which has done so much to excite Russian officials:

"Some old men arrived in Damascus from Russia and one of them became friends with me. He told me that they have evidence that it was the rebels who used the weapons."

So who is Yan Barakat? Clicking on his name in the Mail on Sunday comments thread leads to his Facebook page where there is a photo of him. 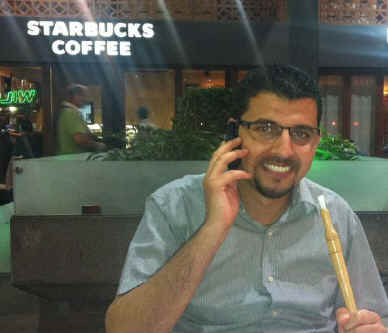 Like Yahya Ababneh, Yan Barakat appears to be a Jordanian freelance journalist. There was an article published under his name  in the Jerusalem Post.

Let's now turn to another website – this time a blog in Spanish about Cuba. Here we find another blogger getting excited about Ababneh's weapons story.

The interesting part of this is that it includes a link to Ababneh's now-deleted profile on LinkedIn – together with a photograph which bears a striking resemblance to that of Yan Barakat. 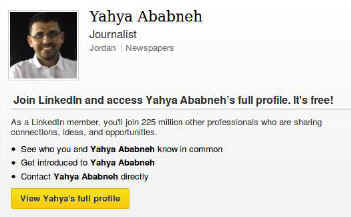 When I first visited the Cuba blog on September 11, the blog post did not point to Ababneh's LinkedIn profile, but to another Ababneh profile at Bayt International. Here, once again, we see a photo of someone resembling Yan Barakat.

This particular profile gives a somewhat different CV from that on the LinkedIn profile and describes Ababneh as working in education and training. However, it does say that he studied journalism in Jordan and says that one of his skills is acting.

Returning to Yan Barakat's Facebook page, we find this photo from a theatrical performance: 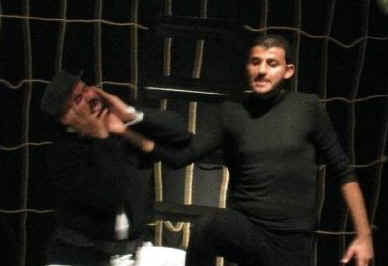 Another photo, which appears to be from the same performance appears on yet another Facebook page which carries the name "Yahya Barakat (Yahya Baraskat Ababneh)". 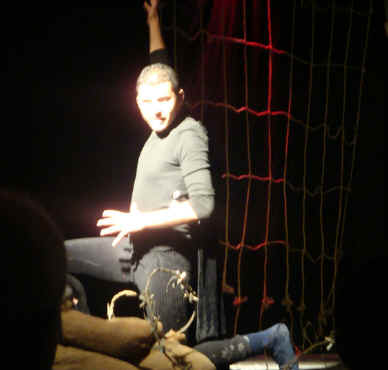 It may be pure coincidence, but another of the photos which Yan Barakat has used as a "cover photo" for his Facebook page is very similar to one which was also used by Yahya Barakat for his LinkedIn avatar. 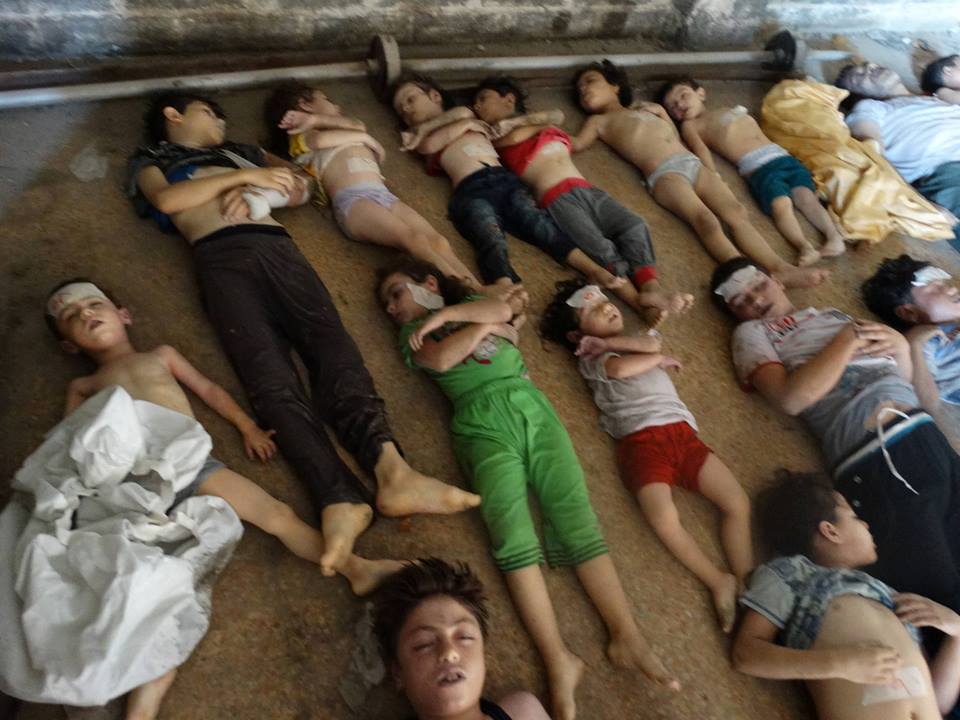 All this points to the conclusion that Yahya Ababneh and Yan Barakat are different names for the same person. This appears to be confirmed by an Israeli blog post published last June – long before the controversy about the chemical weapons story erupted.

"I heard about a Jordanian on CouchSurfing who was inviting Israelis to meet over a cup of coffee. I didn’t make it to that meeting a year ago, but last week I ended up hosting him in Jerusalem!

If Yahya Ababneh and Yan Barakat are indeed the same person, the question arises as to why Mint Press called him Ababneh rather than Barakat (which is the name he appears to have used for his other writing). If there were fears for his safety it would have been far better to be up-front about it and declare the use of a pseudonym.

With hindsight, this may also explain why Mint Press was so insistent on including Dale Gavlak's name in the joint by-line.

As far as the most crucial part of the article is concerned, we are also left wondering what to make of Barakat's statement that he was alerted to the "rebel weapons" tale by a Russian who befriended him in Damascus.