Saudi Arabia's second-largest construction firm is likely to declare itself bankrupt, the Saudi Gazette reported today. For several months now, Saudi Oger, the debt-ridden company headed by Lebanese politician Saad Hariri, has failed to pay tens of thousands of its workers – many of them expatriate labourers from India and the Philippines.

Although some workers are eager to leave Saudi Arabia as soon as the authorities grant them exit visas, others are reluctant to leave without their unpaid wages and have been getting into debt while they wait. The situation took a turn for the worse last month when camps where some of the Indian expatriate workers live stopped providing them with food – reportedly because Saudi Oger owed money to the caterers. It also emerged that workers' health insurance had been suspended and garbage collection from the camps halted because of non-payment.

On Saturday, The Hindu newspaper reported – perhaps prematurely – that the problems of Indian workers in Saudi Arabia had been “resolved”. It quoted the Saudi ambassador in New Delhi as saying that all workers affected by the Saudi Oger affair would be fed, have papers arranged and would be flown back to India, if required, at the expense of the Saudi government. 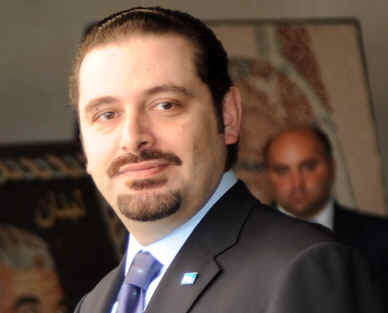 The construction industry has been particularly affected by the kingdom's economic downturn resulting from low oil prices but Saudi Oger, which has been a major government contractor, is also burdened with debt. The government says it has been continuing with its contractual payments to Saudi Oger but the banks confiscated the money before the company could use it to pay employees. As a result of that according to a Labour Ministry official, the company has also incurred financial penalties for violating the Saudi wage protection law.

Under a directive issued by the king yesterday, however, the government will withhold payments to contracting companies unless the ministry of labour confirms that their employees are being paid on time.

In another directive yesterday, King Salman authorised the labour minister to immediately address housing and other needs of the distressed workers. According to Arab News, the minister will also "coordinate with the Saudi Arabian airlines to transport foreign workers who wish to return to their countries" and provide legal help "to pursue the financial claims of the workers in local courts".

These arrangements will apparently apply to employees of any government contractor that defaults on its wage payments – not just Saudi Oger.

The king has set up a fund of 100 million Saudi riyals (about $26 million) to fulfil his instructions, though Arab News says the intention is to "deduct the spent amounts from the floundering companies' accounts" – a move which could force some of the defaulting companies into bankruptcy.

This, in turn raises the question of whether employees will ever get the money they are owed. It appears that the government will not be taking responsibility for unpaid wages but merely helping employees to make claims through the courts.

A week ago there was talk of resolving the Saudi Oger problem by nationalising the company. The plan, as reported by the Lebanese newspaper al-Akhbar, was that "the government or businessmen from the ruling family" would take ownership of Saudi Oger along with all its debts and financial obligations. However, Hariri was said to be seeking to retain a 40% stake in the company.

If the plan had succeeded employees would have had a reasonable prospect of being paid their belated wages, but it now seems to have fallen through.

Today's report in the Saudi Gazette quotes economists and lawyers as saying bankruptcy is now "the only way for the company to get out of its present financial predicament". If that happens, employees will become creditors (along with subcontractors and many others) and may end up getting only a fraction of what they are owed.