The story of Voiceless Victims, the fake human rights organisation that sought to "cooperate" with campaigns supporting migrant workers in Qatar, has taken a puzzling turn.

A newly-created Twitter account using the Voiceless Victims logo has begun tweeting about rape and sexual assaults in the United States and urging Twitter users to "#SpeakUp".

The account's profile includes the phone number and website address of a genuine hotline operated by RAINN, a large American organisation which campaigns against sexual violence. From a cursory look this gives the impression that the Twitter account has some kind of official connection with RAINN.

The account, @VoicelessRape, uses the title "The Voicelss" (which is mis-spelled) along with the logo used on social media by Voiceless Victims. The obvious implication is that the new account was set up by Voiceless Victims, though it's also conceivable that someone else set it up with the intention of causing confusion. 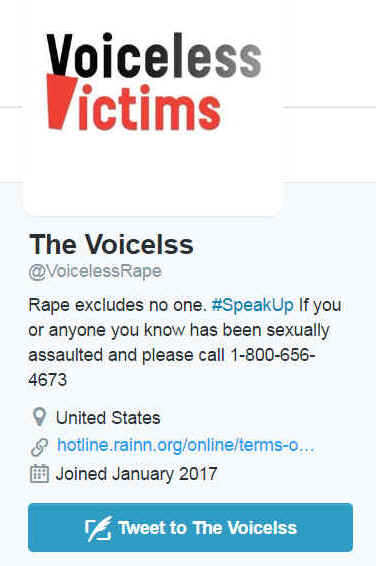 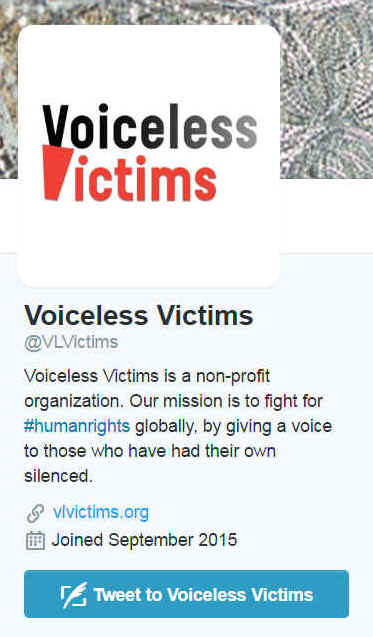 At the time of writing, @VoicelessRape has posted six tweets. Coincidentally or not, the tweets began appearing about six hours after a long investigative article about Voiceless Victims had been published here at al-bab.

The tweets, which include images grabbed from various sources on the internet, show signs of being hastily cobbled together. Their wording is odd in places, suggesting English may not be the mother tongue of whoever wrote them.

The first three tweets were posted on Friday: 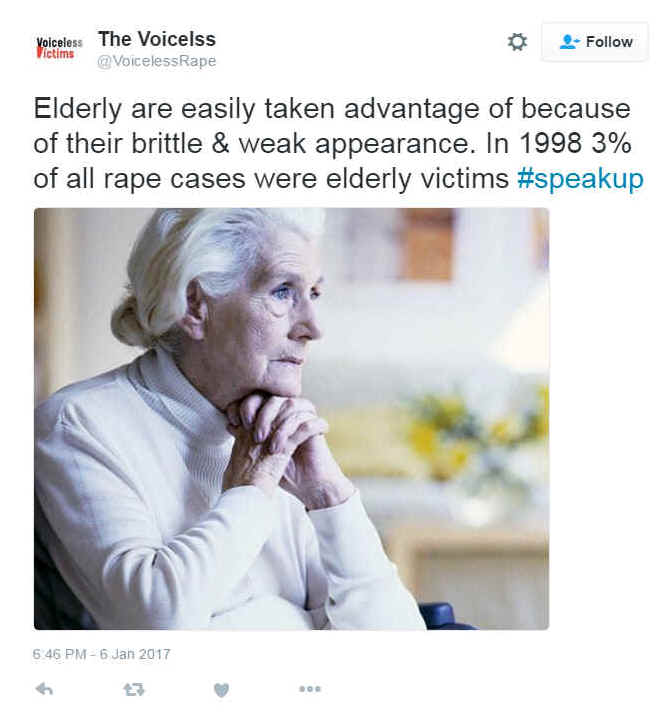 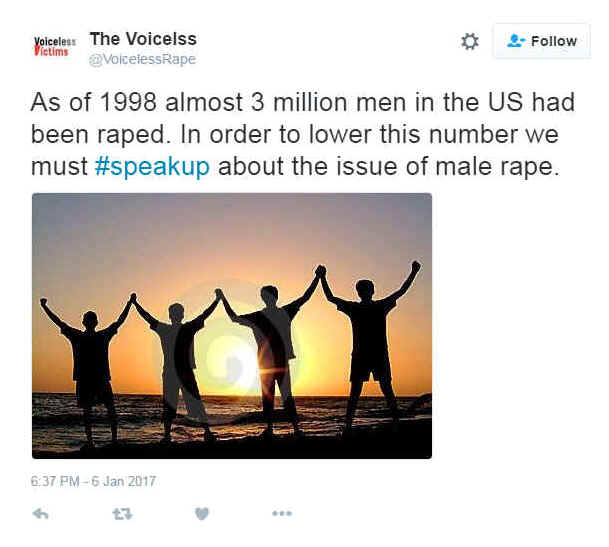 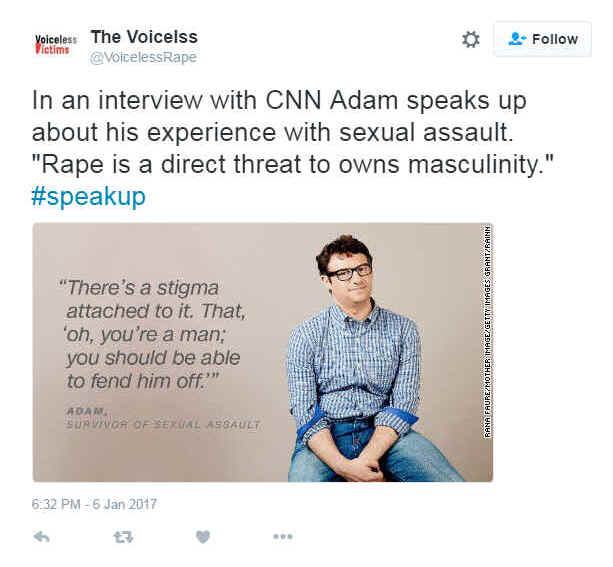 Two of these tweets draw on information from a page on RAINN's website and cite statistics that are almost 20 years old. One of them misquotes RAINN by saying that "as of 1998 almost 3 million men in the US had been raped". RAINN's website makes clear that the figure included attempted rapes as well as actual rapes.

Another tweet says the elderly "are easily taken advantage of because of their brittle & weak appearance" and – again citing RAINN – adds that "in 1998 3% of all rape cases were elderly victims". Although not factually wrong, this also gives a somewhat misleading impression because the point made on RAINN's website is that elderly people are the least likely age group to experience sexual violence:

The third tweet alludes to a CNN report last March about a new campaign by RAINN in which survivors of sexual violence shared their stories. In @VoicelessRape's tweet, one of them is quoted as saying "Rape is a direct threat to owns masculinity" – which doesn't make sense.

"Getting help is as easy as 123 when it comes to sexual assault. We should educate children on what to do if sexual assault occurs."

RAINN is not specifically tagged in any of the tweets but they all include "#SpeakUp" – a popular hashtag used on Twitter to support a variety of different causes.

All six tweets were posted at roughly the same time on three separate days: between 6.22pm and 6.48pm GMT.

When @VoicelessRape first began tweeting its profile note said: "Rape is a serious problem and several people are not heard when speaking about the topic." This was changed yesterday to include the phone number of RAINN's hotline and a link to its website.

FURTHER UPDATE, 12 January 2017: Although @VoicelessRape used the logo of Voiceless Victims, it now appears that there was no connection with the fake NGO. According to a Twitter user in Louisiana, the @VoicelessRape posts were for a high school English project: