An American explains Yemen on Russian TV: it's 1776 all over again

The war in Yemen is one where western media coverage scarcely excels – as the Russian propaganda channel, RT, is quick to point out. But can RT do any better?

To "clarify" the picture, RT called on Caleb Maupin, its "international correspondent", who gave what is surely the weirdest account yet of the conflict in Yemen. Basically, Maupin informed viewers, it's a re-run of 1776 and the American War of Independence. A "broad coalition" of Yemenis – which he said includes the Houthis and southern separatists – are "trying to fight off the influence of a foreign king".

Maupin also claimed that Yemen has "the biggest untapped oil deposits in the region" and "if Yemen were able to become an independent country it could start utilising those oil resources and be another country like Venezuela". 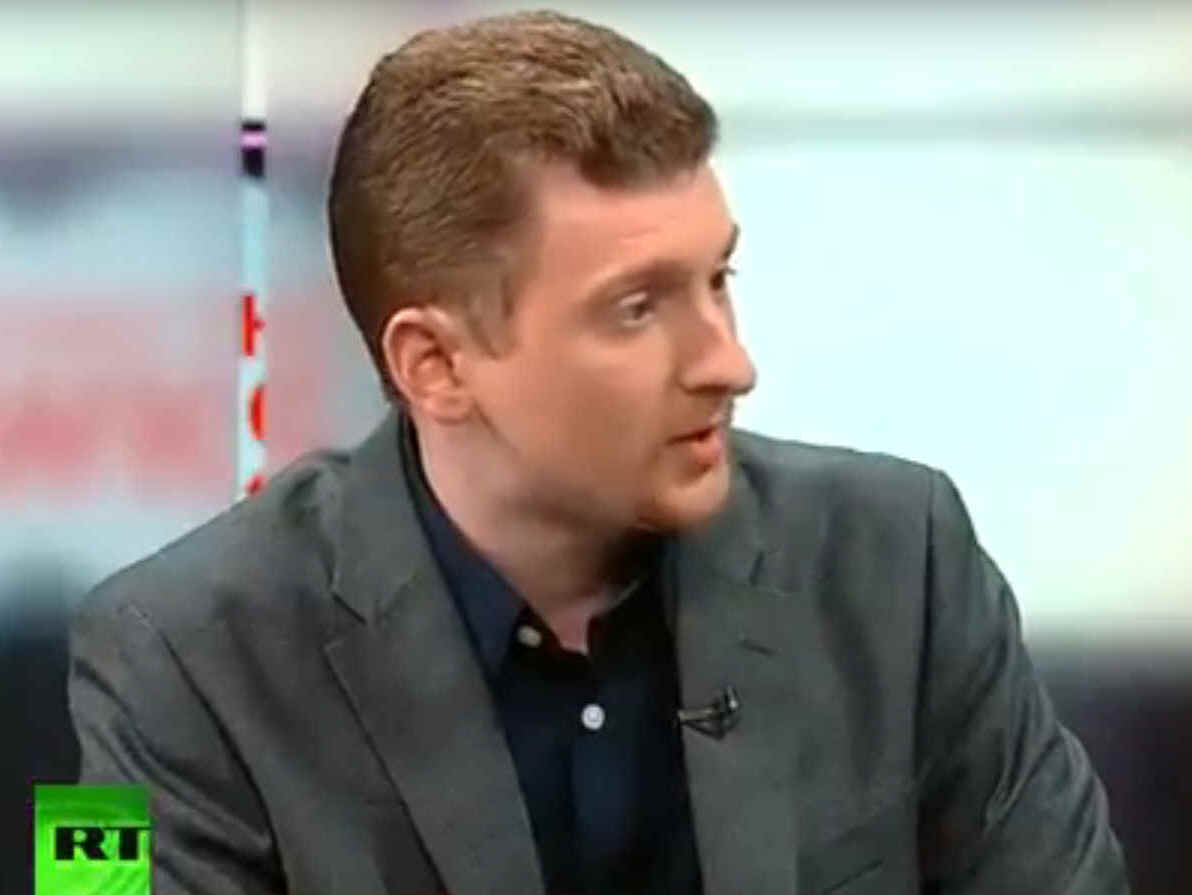 Maupin is an anti-imperialist campaigner from Ohio who also appears regularly on the Iranian Press TV. His idiosyncratic view of the Yemen war – a strange jumble of facts, falsehoods and fantasies – was first broadcast last year but has recently started circulating again on the internet.

Here is a transcript of what he said:

"The conflict started in January of 2015 when the People's Committees – those are the bodies formed during the Arab Spring to protest – when they rose up they kicked out the dictator Mansour Hadi and seized control of the government buildings and announced that they were then going to begin the process of writing a democratic constitution for the country.

"At that point, the Saudis, who had been supporting the dictator Mansour Hadi, at that point they began bombing and attacking the country, trying to restore the Hadi dictatorship.

"The way mainstream media talks about it, it's very confusing. They talk about Houthi rebels here, and ISIS here, and al-Qaeda here, and its very very confusing but what's actually going on is there is a very broad coalition of forces in Yemen who want independence. Now the previous president, Mansour Hadi, he was the only candidate allowed on the ballot and he was, you know, completely, does business with Saudi Arabia and Saudi Arabia basically appointed him to run the country.

"There is a broad coalition of Yemenis who don't want him running the country any more and want Saudi influence out of their country. It includes not just the Houthis or the Ansar Allah organisation but also the Arab Spring Party which is a secular party; it also includes the southern separatist movement; it includes the supporters of the former president Saleh – it's a very broad coalition of people who want independence for Yemen, want control of the country and its resources – and Saudi Arabia is fighting against them. And as Saudi Arabia is attacking Yemen, I should add that it's getting the support of ISIS and al-Qaeda as it fights against the independence movement in Yemen.

"We don't know much about this war but the United States government is deeply involved. There are military advisers inside Saudi Arabia directing the Saudi military where to strike. US satellites, military satellites, are directing the Saudis on what targets to hit when they are bombing Yemen. The US is deeply involved. Let's remember that Saudi Arabia now has the third largest military budget of any country in the world and those weapons are purchased exclusively from the United States. So the US government is deeply, deeply involved even though the people here don't seem to know much about the conflict at all really.

"Since 1945 the four major oil companies in the United States have had a very close relationship with Saudi Arabia – it's a real business interest – and in addition to that the Saudis have a very, very sophisticated lobby here in the United States. They spend a lot money lobbying Congress to do what they want, lobbying the president, working with the military and ... they are purchasing weapons from the United States, billions and billions of dollars, so there is a very close relationship between the Saudi monarchy and the US government. In fact, Hillary Clinton, I know one of her foundations received about $25 million from the kingdom of Saudi Arabia.

"In addition there are ground forces that have invaded the country – the United Arab Emirates, Saudi Arabia, some mercenaries from Pakistan have been sent into the country to try and restore the Hadi dictatorship. And it's a humanitarian crisis. People are fleeing, just trying to get out of the country. It's a very desperate situation. People are dying every day but people in Yemen also continue to fight. There is a lot of resistance and a lot of feeling that there needs to be independence for the country and if that means dying to fight in the effort to drive Saudi Arabia out a lot of Yemenis are willing to do that.

"Last May, I accompanied the Red Crescent Society of the Islamic Republic of Iran when they sent a ship with 2,500 tons of medical aid, flour and water, and we tried to get to Yemen. We were unable to dock at the port of Hodeida because the day we were supposed to arrive the Saudis bombed the port of Hodeida eight times in a single day. Eight times they bombed this port to make sure that no ship could arrive that day and two days later they hit the medical university in Hodeida where a lot of the medicine would have been supplied and actually 12 medical students were killed.

"I accompanied this mission and I spoke to many of these Iranian doctors who were very anxious to help people in Yemen, and they were unable to reach Yemen and deliver the medical aid, deliver the food and the supplies. Occasionally there has been what they call humanitarian pauses where the UN and the World Food Organisation has been able to get into Yemen, but the situation there is very dire, People don't have electricity, people don't have running water. I mean, the country is just being bombed, left and right, civilians are being hit and the world seems to be ignoring it.

"Whenever there is any US media coverage, which isn't very often, whenever they do talk about the war in Yemen they bring up Iran, and they try to give the implication that the only reason the people in Yemen want independence for their country and don't want the Mansour Hadi dictatorship – they say the only reason they want that is because they are Iranian agents. This is Iran and they are getting orders from the capital, from Tehran, and they are being told that they – that's a little strange and its a little absurd because this war has been going on for well over a year and many people have died. Some body counts are up to 6,000, 7,000 people have died. If this were simply the work of Iranian agents or something it would have been over by now.

"What's more American than trying to fight off the influence of a foreign king and have control of your country? I mean, this sounds like 1776 to me but the US government seems to be on the opposite side."