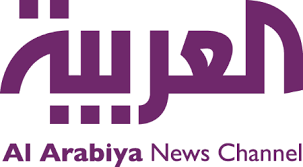 Yesterday's announcement came after Ofcom, which regulates broadcasting in the UK, upheld a complaint of "unjust or unfair treatment and unwarranted infringement of privacy" in the channel's reporting about a jailed Bahraini opposition figure.

Although based in Dubai, Al Arabiya has a licence to broadcast in Britain and is therefore required to comply with Ofcom's rules.

In addition to the fine, Al Arabiya has been told it must broadcast a statement of Ofcom’s findings "on a date and in a form to be determined by Ofcom".

The case arose out of the 2011 Arab Spring protests in Bahrain which were suppressed with support from the Saudi military. One of those arrested was Hassan Mushaima, a prominent member of the opposition Wefaq party (later dissolved by the Bahraini authorities).

Following a trial which Amnesty International described as a "travesty of justice" he was sentenced to life imprisonment on charges that arose from his calls to abolish the monarchy and make Bahrain a republic. Amnesty regards him as a prisoner of conscience.

In February 2016 Al Arabiya broadcast what appeared to be a confession by Mushaima, filmed in prison. Although the channel said a freelance journalist had done the filming, using equipment provided by Al Arabiya, the "interview" itself had been conducted by members of Bahrain's Special Security Force Command (SSFC).

In the complaint to Ofcom, Mushaima (sometimes spelled "Mashaima") said his "confession" had been made under duress and that the programme gave him no opportunity to respond. He also complained that the programme infringed his privacy because the "interview" had been filmed in private by Bahraini government officials and broadcast without his consent.

Details of the complaint, and Al Arabiya's response, can be found in an Ofcom report issued last year (starting at page 69).

In its adjudication, Ofcom found that "material facts were presented, omitted or disregarded in a way that portrayed Mr Mashaima unfairly in the programme as broadcast and that he was not given an appropriate opportunity to comment on the footage of him included in the programme".

On the question of privacy, Ofcom said that while it recognised a public interest in including the Mushaima "interview" in the programme, "it did not warrant the intrusion into his legitimate expectation of privacy in such a sensitive situation without having taken further measures to verify the circumstances which had led to the interview and to confirm that his consent had been obtained".