Head of bankrupt rights group GNRD claims he is owed $200,000 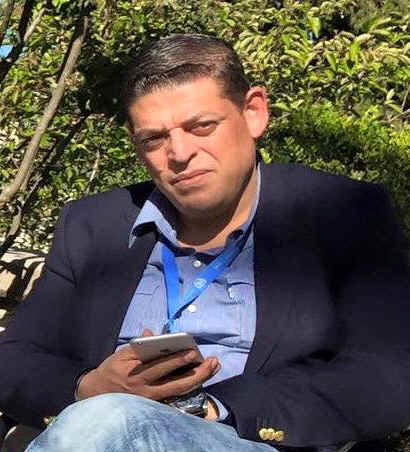 The former head of an Emirates-linked human rights organisation which went bankrupt in 2016 claims he is owed more than $200,000.

Palestinian-born Loai Deeb founded the Global Network for Rights and Development (GNRD) in 2008 while also running a fake university from his home. Based in Norway, GNRD expanded rapidly, opening branch offices in Belgium, Switzerland, Spain, Sudan, Jordan and the UAE. It gained official recognition from the UN, the EU and the African Union and acted as an official observer for elections in several Arab and African countries.

Lavishly funded – almost entirely via sources in the United Arab Emirates – GNRD also had an unusually favourable view of human rights in the homeland of its funders.

In 2015, Norwegian police raided GNRD's headquarters along with Deeb's home on suspicion of money-laundering. That case has still not come to court and Deeb denies the charges, claiming the police action was part of a vendetta by the government of Qatar. Following the raids GNRD's funding dried up and in 2016 it was declared bankrupt.

Deeb is now claiming 1.7 million kroner ($213,486) in salary and holiday pay – on the grounds that the authorities dealing with the bankruptcy of his organisation failed to notify him that he had lost his job.

Deeb took his claim to court in January and it was rejected but he is now appealing, the Norwegian broadcaster, NRK, reports. According to NRK, he had been sent a registered letter terminating his employment but the letter was returned because Deeb was in Spain at the time.

During the 2015 raids, police confiscated $220,000-worth of gold jewellery from Deeb's home. A court later refused to return it, saying that "at least the bulk" of the seized items were "likely" to have been purchased using the proceeds of criminal acts.