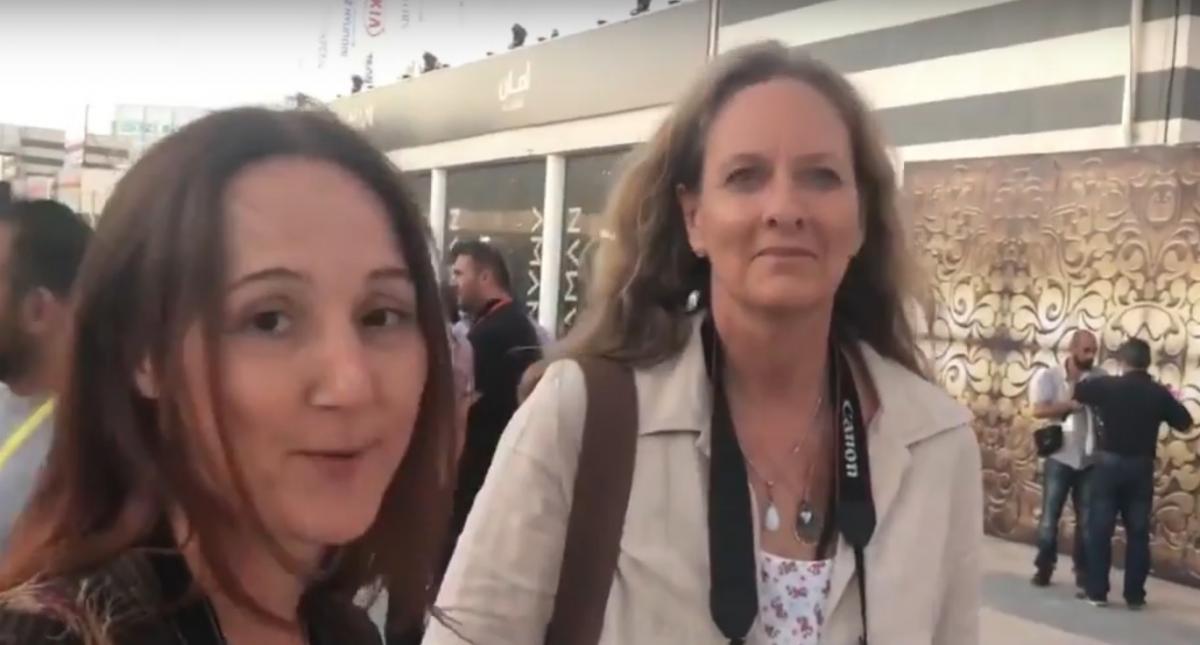 Amid fears of a bloodbath in northern Syria where regime forces and their Russian allies are poised for an assault on the last rebel-held area, victory festivities are already under way in the capital.

This year's Damascus International Fair, a 10-day exhibition of consumer goods, opened on Thursday in celebratory mood. Exhibitors from "up to 48 Arab and foreign countries" and 300 Syrian companies are said to be taking part and two regular defenders of the Assad regime – "independent" journalists Vanessa Beeley and Eva Bartlett – were there for the opening.

In a post on YouTube, Beeley says she was "honoured" to attend the ceremony, and an accompanying video clip shows her and Bartlett at the exhibition ground before the opening.

In the video, Bartlett describes the fair as a momentous event showing that "Syria is rebuilding itself" and that "the imperialist project, the Zionist project did not work".

"It's just extraordinary to walk into this place after everything we all witnessed and most of all the Syrians have endured for the last six years ...

"This is Syria, this is Syria rising out of the destruction that the west and its client states have tried to create. This is Syria's victory. Everywhere in Syria, not only in Damascus, this is the real victory of just being alive, not only being alive but bringing something like this [fair] to life is incredible."

Bartlett chips in to say that when the crowds arrive they will show the "diversity" of Syrian culture, and Beeley agrees:

"It's all people, of all classes of society, from all sectors of society. This is Syria and I'm so proud to be here at this time."