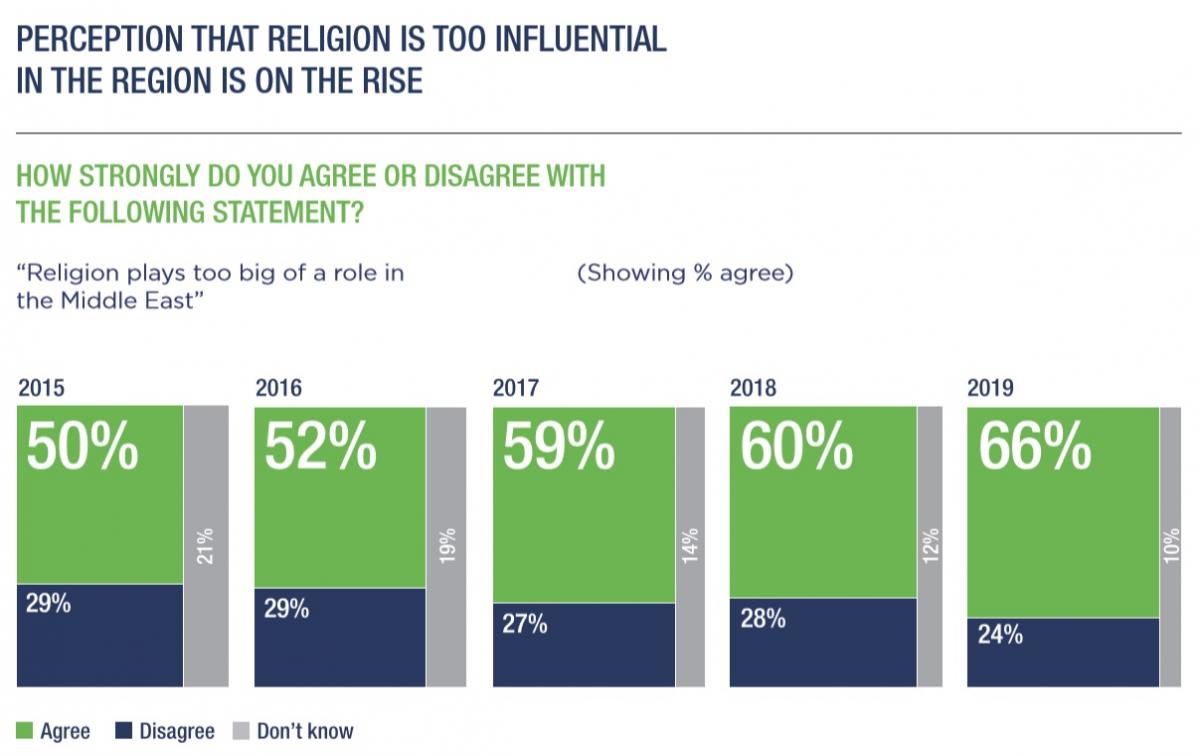 The annual Arab Youth Survey is potentially a valuable source of information about the attitudes of Arabs in the 18-24 age range.

Unfortunately, though, its usefulness is marred by a flaw in the methodology which means views from the smaller Arab countries – mainly in the Gulf – are over-represented and those from bigger countries, such as Egypt, are under-represented.

The distorting effect isn't huge – probably no more than a few percentage points – but it does mean the findings are not as precise as they might be, and some of them may give a wrong impression. For example, what appears to be a small majority favouring a particular viewpoint may actually be a large minority (or vice versa) when allowances are made for the skewing effect.

There are a few other caveats too:

That said, there's something very interesting in this year's survey. Young Arabs were asked whether they agree or disagree that "religion plays too big a role in the Middle East" and, according to the survey, 66% agreed. 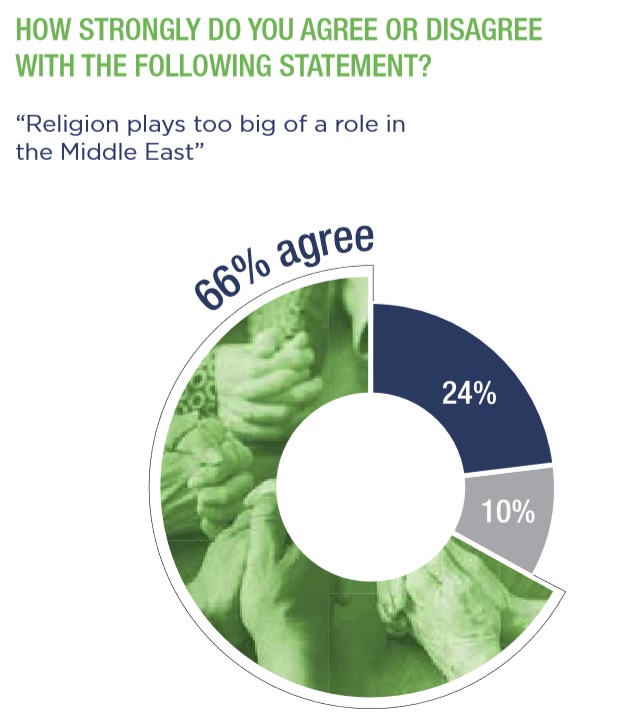 This 66% figure may a bit off the mark but it's so large that the methodology's skewing effect is unlikely to make much difference. Whichever way you look at it, there are an awful lot of young Arabs who say they want less of a role for religion.

It becomes even more interesting when we look at answers given to the same question over the last five years. The percentage of those who want a smaller role for religion has grown in each successive year, from 50% in the 2015 survey to 66% this year – a dramatic increase.

Once again, we should assume the annual percentages are a bit skewed but since they are all skewed in the same way we can still be confident about the overall trend which is pointing sharply upwards.

This picture is reinforced by some other large numbers in the 2019 report. It says 79% think "the Arab world needs to reform its religious institutions", while roughly half say "religious values are holding the Arab world back" and see religion losing its influence on the Arab world.

Although there's reason to quibble about the precise figures, the broad picture is of widespread (and growing) discontent with religion among young Arabs. That might seem a welcome development considering all the damage caused by religious fanaticism but in some countries it's treated as a social problem, like promiscuity or drug-taking. In Saudi Arabia and Egypt, where atheism is said to be on the rise, several initiatives have been launched to try to draw young people back to religion – most recently by al-Azhar.