In the Middle East and North Africa region, Algeria now has the highest death toll linked to coronavirus outside Iran. So far, 83 people have died in Algeria and the 25 deaths reported yesterday accounted for almost half of those in Arab countries.

A major factor behind Algeria's high death rate appears to be the state of its health services. While patients in the Gulf can expect high-quality care, in Algeria seriously ill patients are being treated with the anti-malaria drug chloroquine because – in the words of the health minister – the country "has no other choice".

The benefits of chloroquine are unproven and the World Health Organisation has advised caution regarding its use for treating COVID-19.

A further 139 new cases were confirmed yesterday in Algeria, bringing the total to 986 – the second highest in Africa.

Blida province – a major hotspot – is under total lockdown and yesterday the 12-hour night curfew previously introduced in 11 of the 48 provinces was extended to cover four more.

Despite that, living conditions in many parts of the country make isolation and social distancing difficult and the North Africa Journal reports "mass gatherings" of people trying to buy flour and couscous:

"There have been scenes of fights in many stores across the country, in stores and areas that have taken no precaution to avoid a possible spread of the devastating disease.

"The problem has been magnified by the challenges facing the commerce ministry in coordinating the supply of food and necessities, forcing people to congregate in stores."

Last Friday, a 12-member team sent by China State Construction Engineering Corporation (CSCEC) arrived in Algeria on a chartered plane bringing medical supplies. This has led to a diplomatic row between Algeria and France following allegations about the Chinese aid which were broadcast on the France24 TV channel.

Francis Ghilès of the Barcelona Centre for International Affairs told viewers the aid had been sent to a military hospital in Ain Naâdja – implying that the military were being given privileged treatment at the expense of the general population. This prompted a furious reaction from the authorities in Algiers.

The Chinese embassy in Algiers says the medical team did not go to Ain Naâdja and the aid was intended for the employees (both Chinese and Algerian) of Chinese companies operating in the country. This was also the purpose stated by the head of the team when they arrived last week.

Israel is deploying armed paratroopers to seal off Bnei Brak, the country's largest coronavirus hotspot, where people are resisting isolation and social distancing on religious grounds (see previous report). The town, with a population of 200,000, is a major centre of ultra-Orthodox (haredi) Judaism.

The military will also be used to remove 4,500 people from Bnei Brak who are over the age of 80. The plan is to quarantine them in hotels run by the Home Front Command, which are being adapted "to fit the lifestyles of the haredi residents".

Meanwhile small-scale disturbances in Jaffa continued on Thursday. The trouble began on Wednesday in a largely Arab district when police arrested a man for allegedly violating quarantine regulations.

Iran reported 2,856 new COVID-19 cases yesterday – a small drop for the third day in a row. According to the health minister, in some provinces the number of recoveries now exceeds the number of new infections.

Elsewhere in the Middle East and North Africa region, 1,957 new cases have been reported since yesterday's update. This is the highest number so far, and it represents a 45% increase on the previous day's figure. 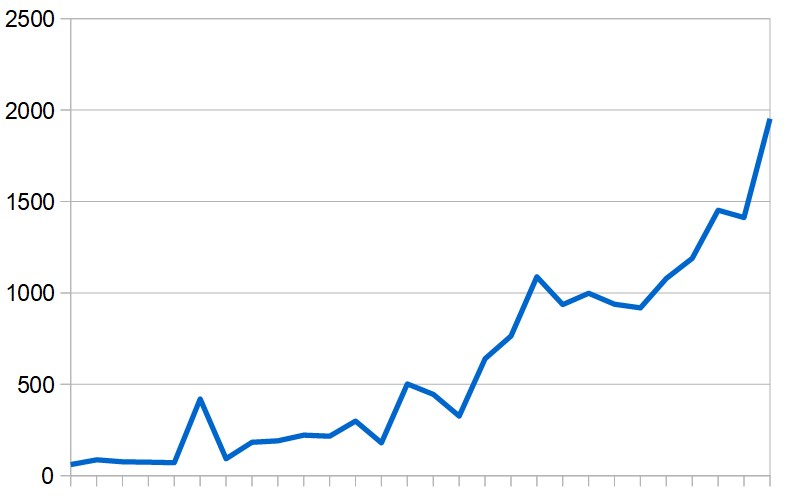 Iran's official death toll is now 3,160. A further 124 deaths were reported yesterday – a small decrease for the second day running.

Elsewhere in the region 57 deaths were reported, bringing the total to 358. Algeria has the highest number of fatalities so far – 83 since the outbreak began – followed by Egypt with 58 and Iraq with 54.

This is the current list of deaths (excluding Iran): 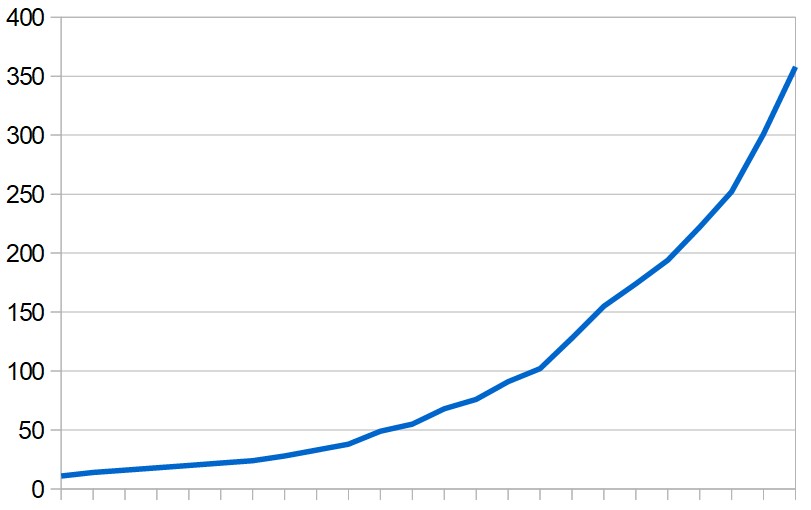