Saudi Arabia's Covid-19 epidemic passed two unwelcome milestones at the weekend when the daily number of new cases rose above 3,000 for the first time and the overall total of confirmed cases crossed the 100,000 mark.

During the last couple of months the kingdom has reported more new infections each day than any other Arab country, apart from a few days when it was briefly overtaken by Qatar.

In the first week of April, when there were merely 2,000 known cases, the Saudi health minister cited expert studies predicting the total could rise to between 10,000 and 200,000 "over the next few weeks" – and the kingdom is now in the upper half of that range.

New cases reached an initial peak in mid-May and dropped back in the second half of the month, only to rise again from the beginning of June. Even if that turns out to be just a blip, it's clear that the end of the Saudi epidemic is still a long way off.

There are a few positive points, however. The kingdom's death toll is mercifully low – 712 according to official figures (though it's unclear how they are compiled) and as a result of large numbers recovering the total of active cases has been kept below 29,000.

It's also important to note that Saudi Arabia has a much larger population than other Arab states in the Gulf. When population differences are taken into account it actually has the lowest number of confirmed cases per million inhabitants. Qatar (as previously discussed) has the most – by a long way.

That might seem reassuring for the Saudis, if not for the Qataris. But when levels of testing by the Arab Gulf states are compared and adjusted for population, Saudi Arabia comes second from bottom – which raises the possibility that it has a high level of undetected cases.

A further 12,928 Covid-19 infections have been reported in the Middle East and North Africa since yesterday's update.

Saudi Arabia reported the region's biggest day-on-day increase with 3,045 new cases, followed by Qatar with 2,963 and Iran with 2,364. 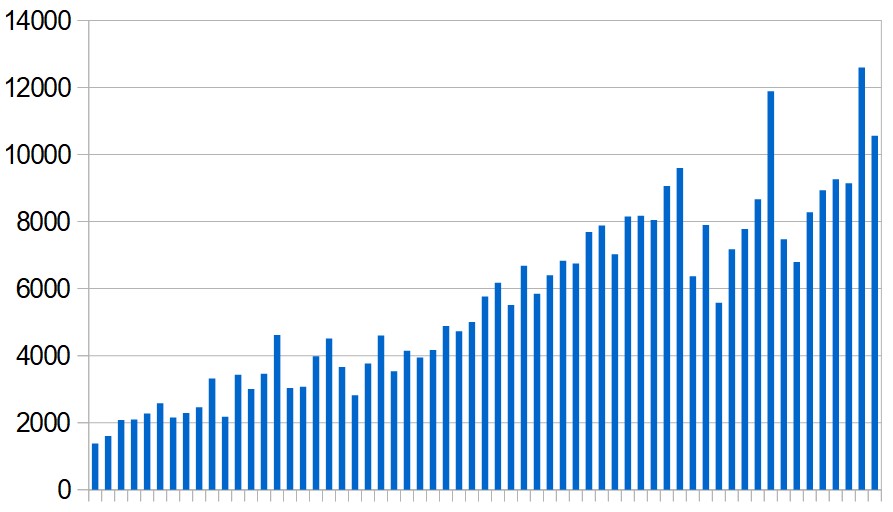 A further 203 coronavirus-related deaths were reported in the region yesterday – 72 of them in Iran. Egypt reported 39 deaths and Saudi Arabia 36.