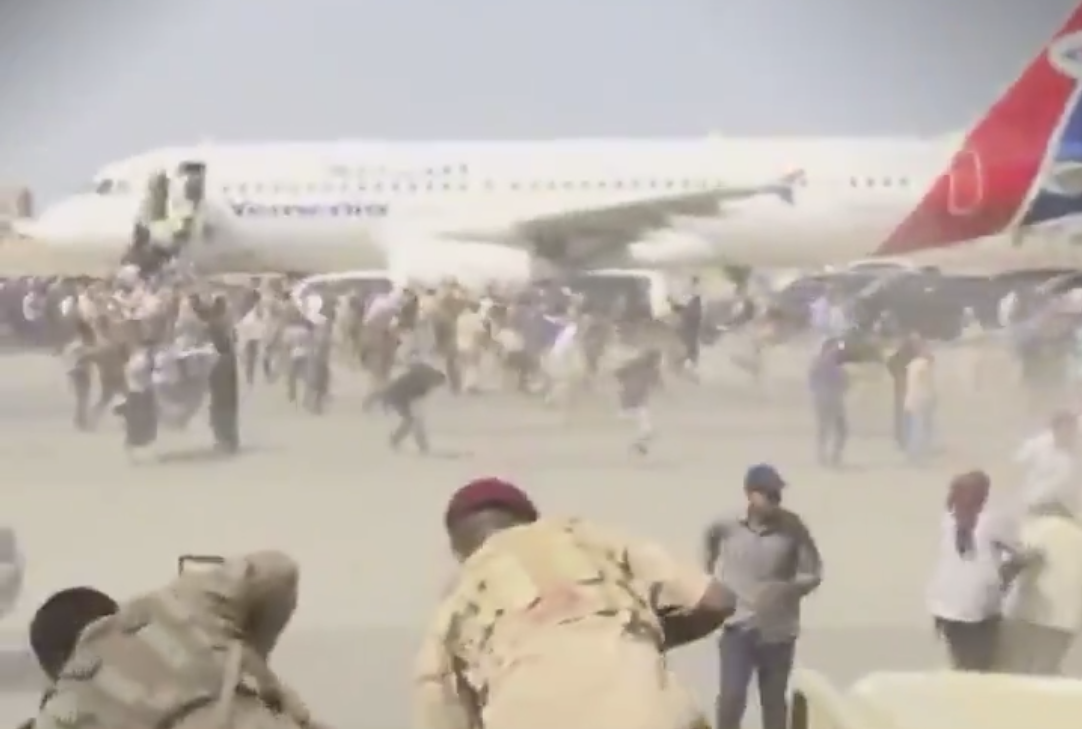 The attack on Aden airport in war-torn Yemen which killed at least 25 people and injured more than 100 on Wednesday appears to have had a political purpose rather than a military one.

Crowds had gathered to welcome a plane carrying ministers in one of the country's two rival governments. Minutes after the aircraft landed blasts were heard – one of which struck the terminal building. A number of waiting passengers were among the dead, including two staff of the International Committee of the Red Cross.

While this was by no means the most lethal or destructive attack in Yemen's six-year civil war, the political context makes it significant.

In 2014 Houthi rebels over-ran the capital, Sanaa, and established their own government there. The ousted president, Abd Rabbu Mansour Hadi, fled south and declared the city of Aden as his temporary capital.

Although Hadi's government is internationally recognised and supported militarily by a Saudi-led coalition its legitimacy is questionable. Hadi became president in 2012 following an "election" in which he was the only candidate. This was supposed to be for a two-year term to oversee a political transition plan but almost nine years later he is still in office.

During the conflict Hadi and his ministers have spent most of their time in Saudi Arabia and have struggled to provide security or effective governance in the southern parts of Yemen that are nominally under their control. Aside from the war with the Houthis in the north, there have also been tensions and sometimes armed clashes with separatists in the south.

Last Saturday, in a move to address that problem, Hadi swore-in a new "unity" government which included members of the separatist Southern Transitional Council (STC) and the Islamist Islah Party. Following the swearing-in ceremony in Riyadh the 24 ministers were instructed to return to southern Yemen. “We want a revival of institutions, recovery of the economy, restoration of security and a confrontation of the [Houthi] coup,” Hadi said.

However, the bombing of Aden airport four days later gave a sharp reminder of the lack of security in the south and can be seen as an attempt to undermine the new government from the moment it arrived. 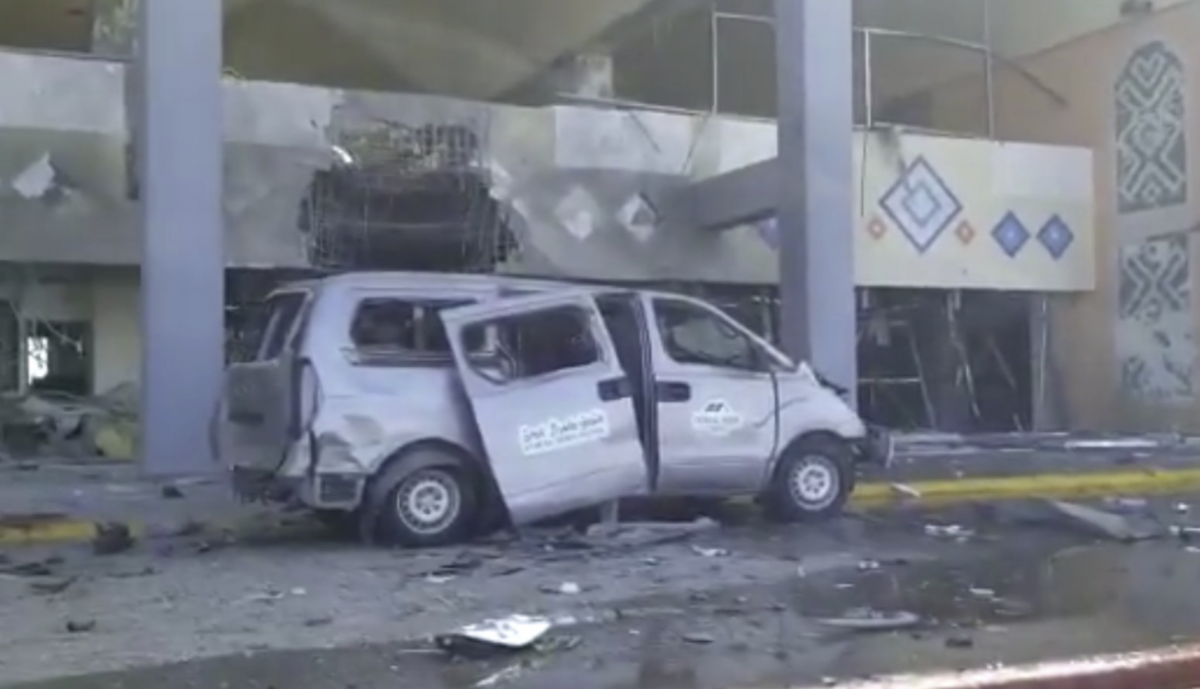 On Thursday, Martin Griffiths, the UN Special Envoy for Yemen noted that the attack targeted civilians and civilian infrastructure and condemned it as a serious violation of international humanitarian law.

The airport bombing is reminiscent of the missile strike on a military parade in Aden in 2019 which left more than 30 dead. On that occasion the Houthis claimed responsibility and the attack had what was presumably its desired effect, causing turmoil among the Houthis' opponents. Separatists accused the Hadi government of failing to provide adequate security and attempted to seize control themselves. Several days of fighting between separatists and pro-Hadi forces ensued.

So far, no one has claimed responsibility for the airport attack though the Houthis are the most obvious suspects.

Nick Waters of the investigative website Bellingcat has been analysing videos from the scene and, in a thread on Twitter, says the initial evidence suggests rockets were used.

The Saudi-led coalition blames the Houthis and on Friday its warplanes carried out retaliatory airstrikes on the city of Sanaa. The Houthis said 15 locations had been hit. 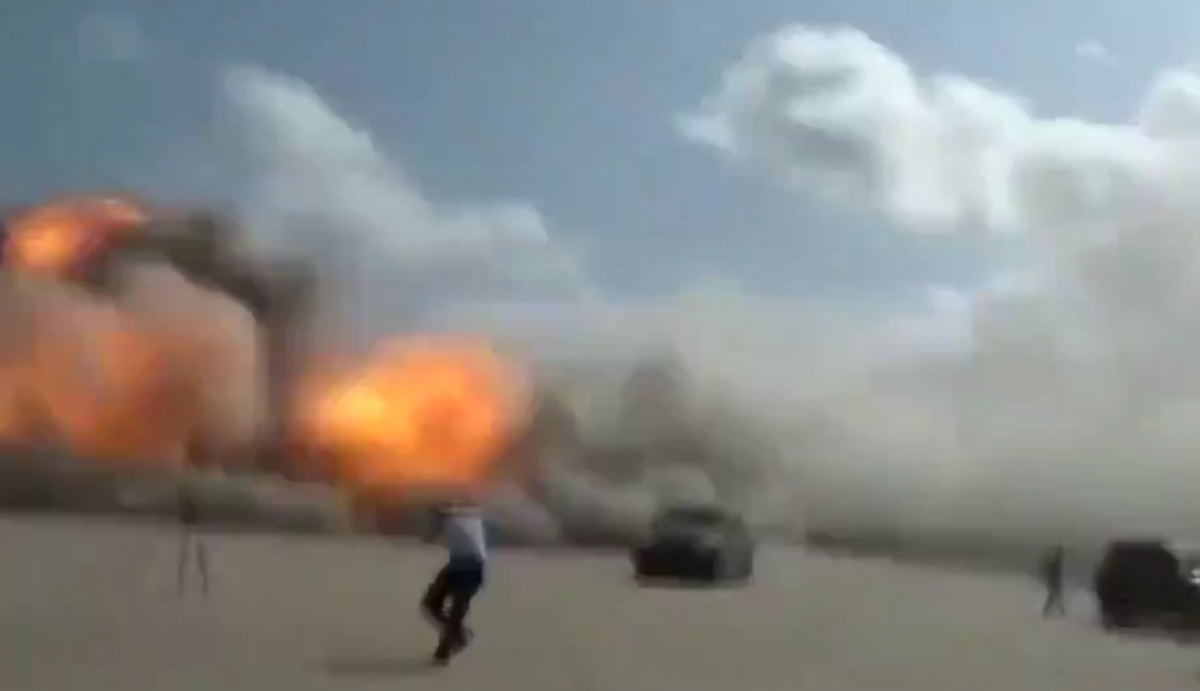