The professor and the 'Russian agent': my complaint to Edinburgh University 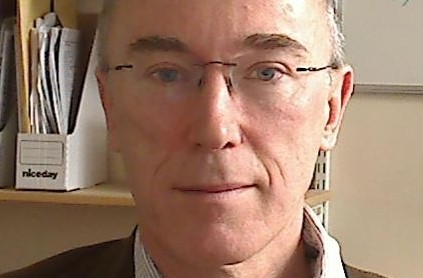 It emerged last week that a university professor who spreads conspiracy theories about chemical weapons in Syria has been passing information to someone who he mistakenly believed was working for Russian intelligence.

In a lengthy email correspondence with the supposed Russian agent, Prof Paul McKeigue of Edinburgh University talked about numerous people who he claims are involved in plots to discredit the Assad regime in Syria. As one of the alleged plotters, I have made a formal complaint to the university:

To the Principal and Vice-Chancellor

You are no doubt aware that one of your university's professors, Paul McKeigue, has been passing false information to someone he believed to be working for Russian intelligence. As one of the people affected by this, I am asking you to investigate further.

A newspaper report yesterday quoted your university as saying: “The actions referred to in media reports were undertaken in Paul McKeigue’s capacity as a private citizen, not as an employee of the university. We respect the rights of staff to have interests unrelated to their roles within the institution."

I appreciate that distinction but in Prof McKeigue's case the line is blurred. He is an active member of the Working Group on Syria, Propaganda and Media which consists mostly of people holding posts at universities. The group spreads disinformation and conspiracy theories while citing its members' academic status in an attempt to claim credibility.

The group's efforts mainly focus on denying that the Assad regime is responsible for chemical attacks in Syria and questioning Russia's involvement in the Skripal poisoning affair. Its members also devote a lot of time to attacking organisations, journalists and others who expose their propaganda activities. This usually results in critics being incorporated into their conspiracy theories, and I am one of those it has happened to. As a journalist, I have been on their radar since first writing about the group in February 2018.

In his correspondence with the supposed Russian agent, Prof McKeigue made what at first sight is an extremely serious allegation – that I am "close to the inner core of the UK operation to stage chemical attacks" (presumably in Syria). However, since no sensible person would believe the UK is staging such attacks it is unlikely that anyone would believe that I am involved in orchestrating them. His claim is complete nonsense.

This brings me to my second point – about Prof McKeigue's approach to evidence. He has repeatedly claimed that chemical attacks in Syria, despite having been verified by international investigations, were "managed massacres" by rebels using gas chambers. When making these outlandish claims he has been clearly identified as a professor at Edinburgh University, and this raises questions about the credibility of his work as an epidemiologist as well as the university's reputation more generally.