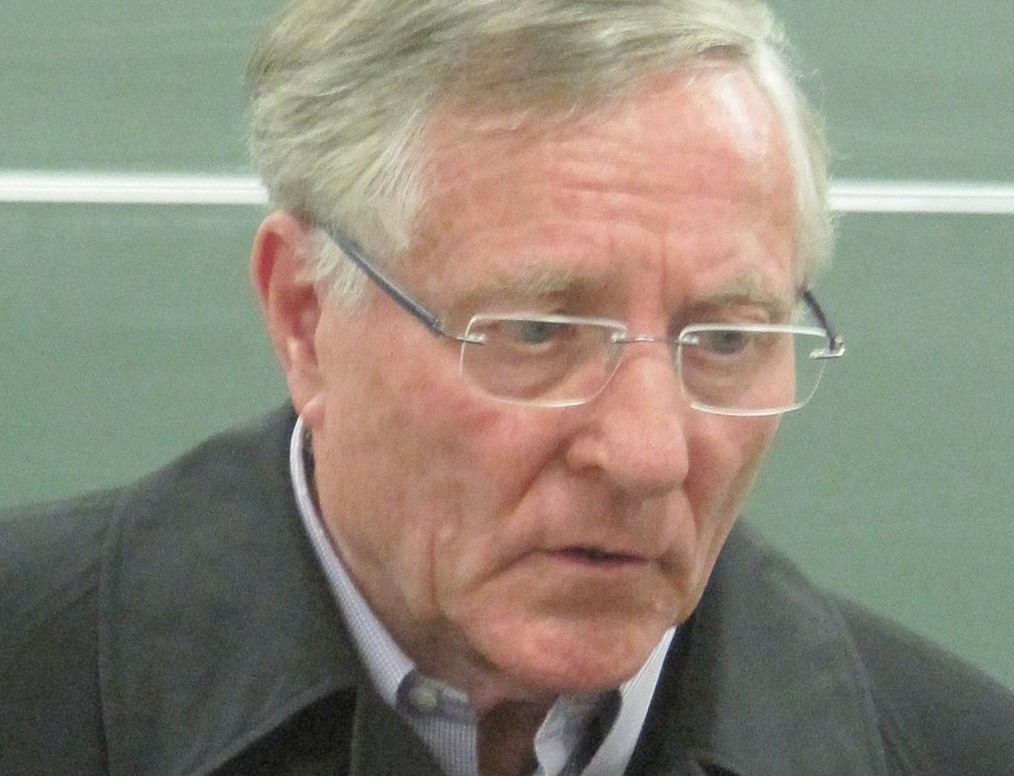 A newly-formed group has joined the campaign to discredit investigations of chemical weapons in Syria and has recruited a former high-ranking UN official to its cause.

"Berlin Group 21", whose website was registered on 10 March, is promoting a "statement of concern" which accuses the Organisation for the Prohibition of Chemical Weapons (OPCW) of "procedural and scientific irregularities" in its investigation of a suspected chemical attack in Syria.

The OPCW found "reasonable grounds" for believing an attack took place in Douma, near Damascus, in April 2018. However, the investigation's findings were rejected by Syria and its principal ally, Russia, along with various groups and individuals who claim the dozens of chemical attack reported in Syria have been faked by rebels as part of a plot to engineer an Iraq-style invasion by western powers.

According to its website Berlin Group 21 is "represented" by Hans von Sponeck, a former UN assistant secretary-general, José Bustani, the first director-general of the OPCW, and Richard Falk, an American professor.

Von Sponeck, who is now 81, served as the UN's Humanitarian Coordinator for Iraq, in charge of the Oil-for-Food Programme, though he later resigned in a protest against sanctions. A noted peace campaigner, he is the son of a famous German general who was decorated (and later executed) by Hitler. He is interviewed here.

Bustani, a 75-year-old Brazilian diplomat, served as the OPCW's first director-general after its formation in 1997 but was ousted from his post after falling out with the Americans during the run-up to war in Iraq. The US State Department accused him of confrontational and abrasive behaviour and poor administrative and financial management but according to Bustani the real reason was that he had been having discussions with Iraq about joining the Chemical Weapons Convention. This was something the US didn't want to happen because it would have weakened American claims about the supposed threat from Saddam Hussein's weapons of mass destruction.

The US brought matters to a head by threatening to cut off its financial support for the OPCW – which at the time accounted for 22% of the total budget – until Bustani stepped down. Intimidated by that, a special session of the OPCW's governing body voted 48-7 to dismiss him. Bustani later took his case to a tribunal, alleging wrongful dismissal, and was awarded substantial compensation. He has since appeared on RT airing grievances about his sacking, and later criticising Britain's investigation of the Skripal poisoning affair.

Falk is a 90-year-old emeritus professor at Princeton University who wrote the foreword to a book by a prominent 9/11 truther and has accused the US authorities of an "apparent cover-up" in connection with the attacks on New York and Washington.

The "statement of concern" circulated by the Berlin group has 28 signatories – among them film director Oliver Stone, Roger Waters of Pink Floyd, former US presidential candidate Tulsi Gabbard, Professor Noam Chomsky, and Lord West of Spithead, a former admiral in the British navy.

Berlin Group 21 is liaising closely with another organisation, the Courage Foundation which in 2019 organised a presentation by Brendan Whelan, a former member of the Douma investigation team who it hailed as a whistleblower. Whelan presented his claims of irregularities at a private meeting with a panel chosen by the Courage Foundation and the panel declared themselves convinced by his allegations. Whelan claimed to have supporting documents and emails but when they surfaced online weeks later it became clear that his claims were exaggerated.

The Courage Foundation has been calling for everyone involved in the Douma investigation to "come forward and report their differing observations in an appropriate forum" – a call that has since gained official backing from Russia and Syria. The campaign over Douma is part of a broader effort to discredit the OPCW as an institution and prevent it from identifying the perpetrators of chemical attacks in Syria.

The OPCW's Investigation and Identification Team (IIT) is currently working through a list of nine cases (including Douma) with the aim of identifying those responsible. The creation of the IIT was opposed by Russia and Syria, and Syria refuses to recognise it or cooperate with it. In its first report, issued last year, the IIT blamed the Assad regime for three chemical attacks in Hama province and identified a number of military figures who it said were involved.

The stated aim of the Courage Foundation is to support whistleblowers and the public's right to know. However, a lot of its members also seem to support the ideas of truthers and conspiracy theorists. One of its four trustees is Dame Vivienne Westwood, the fashion designer, but another is Australian-born journalist John Pilger who claimed in an interview with Russia's RT channel that there is "no real evidence" of a chemical attack in Douma. In the same interview he also repeated a false Russian claim that the poisoning of Sergei and Yulia Skripal in Salisbury did not involve a nerve agent. Later, amid mounting evidence that Iran had accidentally shot down a Ukrainian airliner, he tweeted that the story was a lie just before Iran admitted it was true. 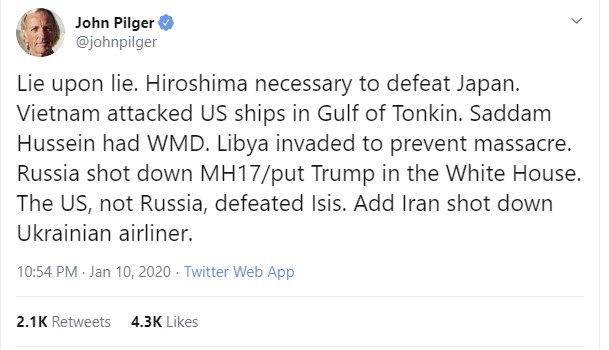 Sitting on Courage's advisory board is former British spy Annie Machon who also served as its first director. After resigning from the intelligence service went on to organise a 9/11 "truth campaign" and, following Whelan's presentation, appeared on RT calling for a "new inquiry" into the events in Douma.

Among the other 18 advisory board members, five are supporters of Veteran Intelligence Professionals for Sanity (VIPS), an American group consisting mainly of former CIA employees who have become disaffected. Ray McGovern, co-founder of VIPS and a member of Courage's advisory board, appeared on RT wrongly claiming that the sarin used in the 2013 attack on Ghouta was "home made".

The creation of Berlin Group 21 comes as another of the groups attacking the OPCW is under pressure in Britain. The Working Group on Syria, Propaganda and Media denies the chemical attacks in Syria and questions Russia's involvement in the Skripal poisoning affair.

Most of the group's members hold posts at universities and it uses their academic status to claim credibility while spreading conspiracy theories. Last week it emerged that one of the group's founding members, Professor Paul McKeigue of Edinburgh University, had been passing information to someone he mistakenly believed to be working for Russian intelligence.

Another of its members, Professor David Miller, is under investigation by Bristol University following allegations of antisemitism (which he denies).

The group's most prominent member is Piers Robinson, formerly a professor in the journalism department at Sheffield University. In his inaugural lecture at Sheffield, Robinson discussed "attempts to manipulate our minds" and by way of illustration cited the historic news photo of President Bush after the invasion of Iraq standing on an aircraft carrier in front of a banner saying "Mission Accomplished". Robinson then made the astonishing claim that the banner seen in the photo "wasn't actually there" – it had been "imposed" on the original image, he said.

In 2018 he wrote a positive review of "9/11 Unmasked", a book by two prominent truthers whose work he described as "diligent and painstaking". His name also appeared on the book's back cover, endorsing it as "authoritative and carefully argued". The following year he left his professorial post, for reasons that neither he nor the university was willing to discuss. He currently lives in Berlin.