How four tonnes of a sarin-linked chemical 'disappeared' in Syria 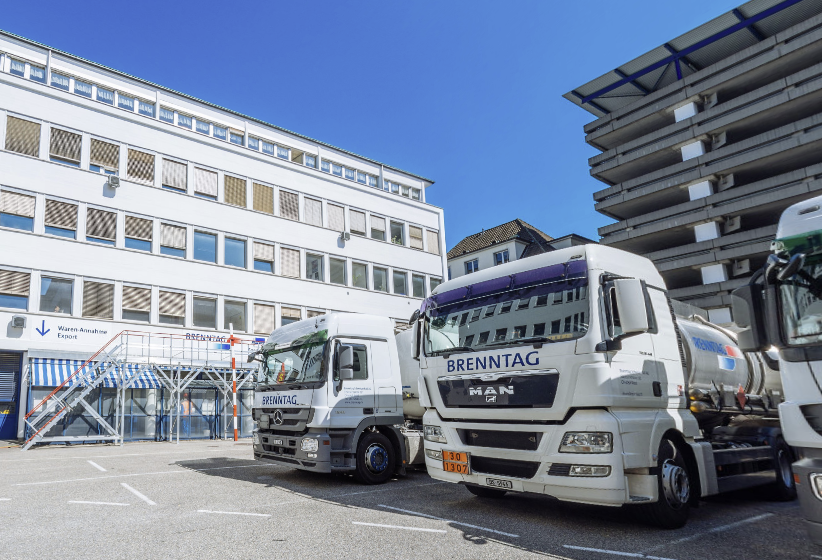 Four tonnes of a chemical supplied by a German firm and supposedly intended for making pharmaceuticals vanished after arriving in Syria, according to a Swiss newspaper investigation. The chemical – isopropanol – has multiple civilian uses but also is a crucial ingredient in the nerve agent sarin. If diverted for military purposes it would be enough to produce about eight tonnes of sarin.

In 2013, under international pressure following a sarin attack on rebel-held Ghouta, Syria joined the Chemical Weapons Convention. That meant it had to declare all existing chemical weapons stockpiles together with related equipment and production facilities, and then destroy them under supervision by the OPCW. Since then, however, numerous chemical attacks have been reported in Syria, including several involving sarin which UN and OPCW investigations have blamed on Syrian government forces.

In 2014 a Syrian company called Mediterranean Pharmaceutical Industries (MPI) ordered more than five tonnes of isopropanol and 280 kilos of diethylamine from a German company, Brenntag. Exporting isopropanol to Syria from EU countries requires a special licence but Brenntag sent the chemicals from Germany to one of its subsidiaries – Brenntag Schweizerhall – in non-EU Switzerland, from where they were legally shipped to Syria.

MPI originally wanted the chemicals to be flown to Syria but in the event they took an extraordinarily long and circuitous route. After reaching Switzerland they were sent back through Germany along the Rhine to the North Sea, and from there were shipped around the coast of France and Spain and across the Mediterranean, arriving at the Syrian port of Latakia in January 2015.

Documents obtained by the Swiss newspaper Basler Zeitung (BaZ) show conflicting accounts of what happened to the chemicals once they were in Syria. MPI initially claimed it had used all the isopropanol between 2015 and 2018 for producing Voltaren Emulgel, a painkilling gel which it manufactured under licence from the Swiss company Novartis.

On the face of it this was a plausible explanation, since the gel consists of 20% isopropanol, but according to BaZ's report there were a couple of problems. One was that MPI had lost its licence for the gel in 2015. The other was that in reality it had not used any of the isopropanol for making gel but for coating pills – which needed far less of it. The amount actually used by MPI was only 1,120 kg and BaZ says the remaining four tonnes never reached the factory.

The detailed report from BaZ can be found here. It is in German and readers have to sign up for a free subscription. There's a shorter summary in English here.