Prizes galore! Assad supporters win awards for 'integrity' – with help from a piano tuner in California 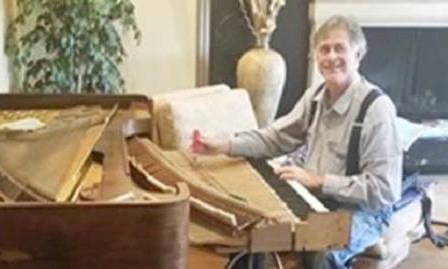 The Serena Shim Award for Uncompromised Integrity in Journalism is named in memory of a Lebanese-American journalist who died in a car crash while working for Iran's Press TV in 2014. The purpose of the award, according to its website, is to honour non-mainstream journalists who "tell challenging truths" and to help them financially "in an environment that penalises them for their clarity of vision and willingness to expose the powerful".

Winners of the award get a substantial cash prize but, sadly for any journalists who might be hoping to qualify, its website gives no details of the nomination process, who the judges are, or how "uncompromised integrity" is assessed.

The selection criteria become more apparent, however, if we take a look at previous lucky winners. There have been more than 40 so far, and here are a few of them:

● Vanessa Beeley is a British freelance journalist and propagandist who writes inaccurate and misleading reports from Syria in defence of the regime. She met President Assad in 2017 and described it as her proudest moment. She is a former associate editor of 21st Century Wire, a website that promotes multiple conspiracy theories.

● Eva Bartlett is a Canadian activist/journalist whose initial interest was Palestine. She later turned her attention to Syria and in 2014 hailed the sham presidential election there as a sign of overwhelming support for Assad. A friend of Vanessa Beeley (see above), she writes frequently about Syria for Russia's RT. In 2017 she went on a government-sponsored trip to North Korea and came back impressed.

● Peter Ford is a former British ambassador to Syria who has repeatedly defended the Assad regime. He is a director of the British Syrian Society which is headed by Fawaz Akhras, President Assad's father-in-law.

● Gareth Porter is an American historian/journalist who has questioned the Assad regime's use of chemical weapons. He is a director of Consortium News (see below).

● Consortium News is an American website that disputes the Assad regime's use of chemical weapons. Gareth Porter (see above) is one of its directors.

● The Jimmy Dore Show: Jimmy Dore is an American comedian and political commentator who promotes various conspiracy theories, including a claim that the 2017 chemical attack on Khan Sheikhoun in Syria was a false flag operation.

● Caitlin Johnstone is an Australian with 85,000 Twitter followers who describes herself as a "rogue journalist" and "anarcho-psychonaut". She supports "false flag" theories about the chemical attacks in Syria and claims investigations by the Organisation for the Prohibition of Chemical Weapons (OPCW) were a cover-up.

● Mint Press News is a US-based website which acquired notoriety with an implausible story (later promoted by Russia) that the 2013 nerve agent attack on Ghouta in Syria was an accident. It claimed Saudi Arabia had provided rebel fighters with chemical weapons but neglected to tell the rebels what they were or how to use them. As a result, according to the story, the rebels handled the weapons "improperly", thus causing mass deaths.

● The Grayzone is a Russia-friendly website based in the US. It denies the chemical attacks in Syria and accuses OPCW investigators of a cover-up. The Grayzone has won four Serena Shim "integrity" awards – one for the website itself plus one each for three of its staff (Max Blumenthal, Ben Norton and Aaron Maté).

No one admits to being in charge of the Serena Shim awards and the ultimate source of the prize money is a mystery but there are clear links to an obscure organisation based in California: the Association for Investment in Popular Action Committees (AIPAC). Its name is designed to taunt Israel's supporters by having the same initials as the better-known American Israel Public Affairs Committee.

The president of this other "AIPAC" is Kamal Obeid, a structural engineer and 9/11 truther. He's an active supporter of Architects and Engineers for 9/11 Truth which promotes a conspiracy theory that the World Trade Center collapsed in a "controlled explosion". He is featured in several videos disputing the generally-accepted version of events. 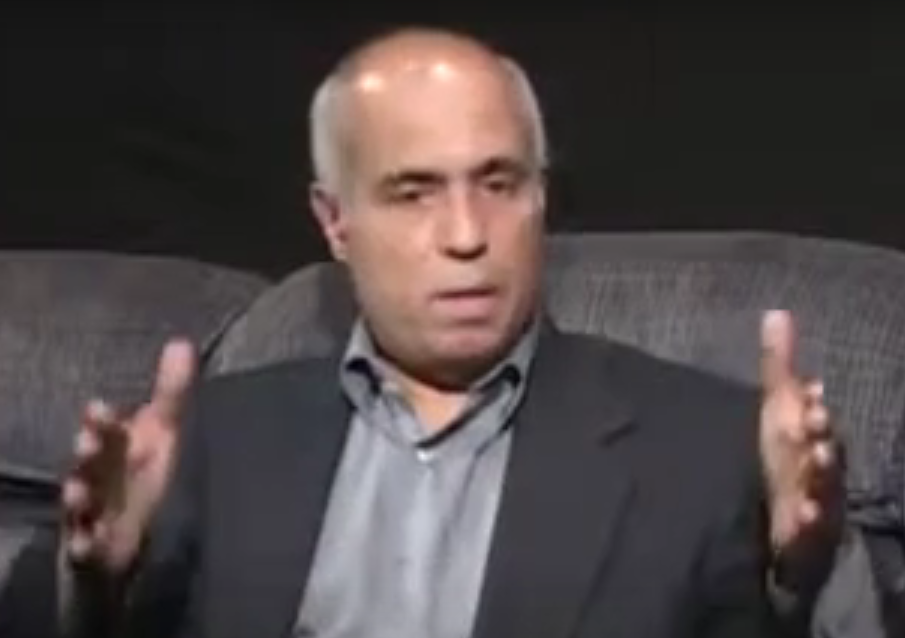 The secretary and treasurer of "AIPAC" is Paul Larudee who runs a piano-tuning business in California called Sharpe & Flatte which is highly recommended by clients. His main interest, though, is Palestine and he's an activist of long standing. He was a founder of the Free Gaza Movement which used boats to challenge Israel's blockade of the Palestinian enclave, and he spent 10 years running the Northern California branch of the International Solidarity Movement.

Not surprisingly, his views on Israel have embroiled him in controversy but some of his activities have embarrassed supporters of the Palestinian cause too. Larudee has appeared numerous times on Iran's PressTV and in 2014 he travelled to Syria with a delegation of "independent" observers for the presidential election. They described it as "the legitimate, democratic expression of the Syrian people" – even though it was generally seen as a sham. He took part in a similar delegation for the 2021 election which was equally enthusiastic about it.

"AIPAC" is registered in the US as a tax-exempt non-profit organisation and provides "fiscal sponsorship" for the Serena Shim awards together with several activist groups. Its US Treasury EIN number (20-516191) is used in connection with donations for all the groups under its tax umbrella, and "AIPAC" files a combined annual return to the Internal Revenue Service on their behalf.

"AIPAC" is not very forthcoming about the groups it currently sponsors. An unhelpful note on its single-page website says: "We invite inquiries, but will not provide a list of sponsored projects beyond what we have described herein, except with the permission of the projects themselves, and only after a vetting procedure." [italics added]

Thanks to Google, though, there's no need to be vetted. An internet search reveals six groups using the "AIPAC" EIN number for the purpose of donations. Four are connected with Palestine: the International Solidarity Movement, the Free Palestine Movement, North America Nakba Tour and Palestine Children's Welfare Fund. The other two are the Serena Shim awards and the Syria Solidarity Movement (and by an interesting coincidence their websites have the same IP address as the "AIPAC" website).

The Syria Solidarity Movement (SSM) is a pro-Assad group established in 2013. Eva Bartlett – the first person to win a Serena Shim award – was one of its founders and she was later joined on its steering committee by Vanessa Beeley, another Serena Shim winner. SSM's first project was to organise a speaking tour of North America by Mother Agnes, a nun based in Syria who claimed that videos of bodies from the Ghouta nerve agent attack had been faked. In 2017, on behalf of the Syria Solidarity Movement, "AIPAC" paid Ohio politician Dennis Kucinich $20,000 to attend a pro-Assad conference in Britain and give a speech there.

Public records show that funding from donors channelled through "AIPAC" averaged $165,000 a year between 2012 and the end of 2018. The sources of funding are not identified by name and since the published accounts give combined figures for all groups under the "AIPAC" umbrella it's not possible to see how much income or expenditure relates to any particular group.

The groups are not mentioned at all in its annual returns to the Internal Revenue Service. In a section of the form which asks for a description of its activities, "AIPAC" replies: "We are an all volunteer membership organisation established to help our community, regardless of religion, race or political beliefs, be aware of international human rights and social justice issues that are key to sustainable world peace."

Elsewhere on the form, "AIPAC" says it "arranges and conducts educational and informational programs relating to human rights and social justice, particularly in the Middle East".

In addition, the accounts show two payments relating to Palestine: one of $7,370 for "human rights" work and $2,000 described as humanitarian aid.

Inside the US, the accounts show a $5,000 payment to a company in Washington state called Onward and Upward, for "research and reporting".

However, more than half the total grant money went to three recipients listed among winners of the Serena Shim award: $10,000 to Mint Press News, $10,000 to Gareth Porter, and $20,000 to Max Blumenthal.