Kuwait's law against 'imitating the opposite sex' is ruled unconstitutional

Human rights organisations have welcomed a decision by Kuwait's constitutional court last week which overturned a law criminalising "imitation of the opposite sex".

Amnesty International hailed the ruling as "a major breakthrough for transgender rights in the region" and Human Rights Watch described it is a positive step, adding that "this discriminatory law has been used to harass, detain, and abuse transgender people in Kuwait".

The law was introduced in 2007 when the Kuwaiti parliament amended Article 198 of the penal code so that anyone “imitating the opposite sex in any way” could face up to a year in jail and/or a fine of 1,000 dinars ($3,500). This was largely the result of efforts by Waleed al-Tabtabai, an Islamist MP, who had formed an ad-hoc committee in parliament for the “Study of Negative Phenomena Alien to Kuwaiti Society”.

Although the committee was supposedly only carrying out studies it proposed a host of “morality”-related measures in parliament, including the amendment to Article 198. Many of these were vigorously resisted by more liberal members but in the vote on criminalising imitation of the opposite sex the 40 MPs attending agreed to it unanimously. “The issue,” Human Rights Watch commented in a subsequent report, “was seen as insignificant in the larger political battle”.

Within a couple of weeks at least 14 people had been arrested in Kuwait City and thrown into prison for the new offence. Several were picked up at police checkpoints, one in a coffee shop and two more in a taxi. A Kuwaiti newspaper said the “confused” men were “deposited in the special ward” of Tahla prison, and that prison guards shaved their heads “as a form of punishment”. Citing friends of the accused, Human Rights Watch said three of them had been beaten (one of them into unconsciousness), and all had been denied access to lawyers.

One effect of Article 198 was to criminalise all transgender Kuwaitis, since there was no way they could legally change their gender identity. Thus, even people who had undergone gender reassignment surgery were deemed to be “imitating the opposite sex”.

A further problem was that the law made no attempt to define “imitating the opposite sex”: it was basically left to the discretion of the police. In last week's ruling, the constitutional court said the wording of Article 198 did not provide clear and objective criteria for determining "what is considered to be an imitation of the opposite sex and what is not". Enforcement of the law was left "to the authorities in charge of applying it according to their discretion and without any control to restrict them", the court added.

One high-profile case was that of Maha al-Mutairi, a transgender woman who claimed she had been raped and beaten by officers during a seven-month detention in a men's prison in 2019. She was further sentenced to two years in jail last October but was released on appeal. 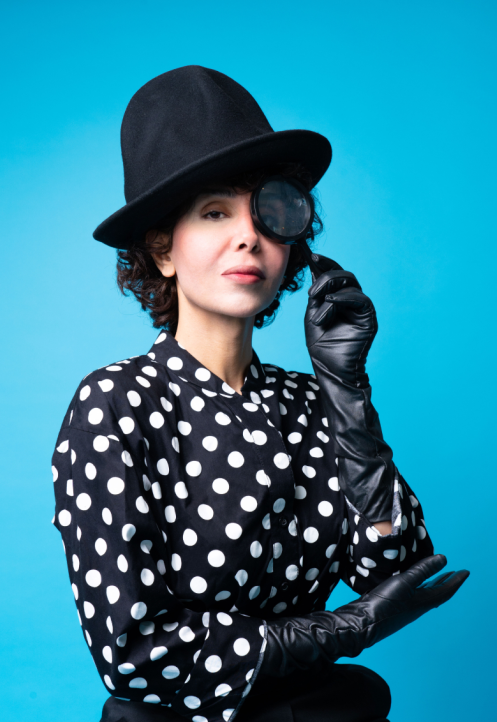 The introduction of Article 198 in Kuwait was followed by efforts in other Gulf states to enforce compliance with gender stereotypes. In 2009, Dubai launched a public awareness campaign under the slogan "Excuse Me, I am a Girl", which cautioned against “masculine” behaviour among women and aimed to steer them towards "femininity". The impetus for this was a moral panic which swept through several Gulf states at the time regarding the boyat phenomenon.

Boyat (the English word “boy” coupled with an Arabic feminine plural ending) became a general term for women or girls displaying masculine traits in their dress or behaviour. Some identified as lesbian or transgender but others did not and in some respects boyat seem to have been a kind of youth subculture. Most importantly, though, they were deliberately challenging traditional gender norms, which helps to explain why they caused so much alarm.

The region’s largest round-up of boyat appears to have taken place in Saudi Arabia in 2013 when the religious police raided a party at a hotel in the eastern city of Khobar. According to the authorities it had been organised "under the cover" of a graduation party, with about 100 young women attending, and included a contest for the best-looking boya. The police seized a crown which had been due to be presented to the contest winner, along with a large quantity of energy drinks and "Satanist" items. Reports said a man and a woman who organised the party were arrested but most of the girls were handed over to their parents.

In Dubai’s anti-boyat campaign, plainclothes policewomen were deployed in shopping malls to watch for violations of female dress codes and, as might be expected, there was much public agonising over what made once-sweet young girls behave in this way. Dubai’s police chief blamed co-educational schooling while others blamed inadequate parenting. These debates usually took place against a background of very confused ideas about gender and sexuality, often equating cross-dressing with homosexuality and failing to distinguish between cross-dressing and transgender.

In 2010, Dubai launched another campaign – this time encouraging the public to report cross-dressing “crimes”. According to officials, it was prompted by cross-dressers “becoming bold in public places” such as toilets and beauty parlours. A police official urged people to dial 999 if they spotted anyone cross-dressing. It didn’t matter whether the cross-dressing was causing a problem or not, the official said, because “dressing up as women in public places is violating the laws”.